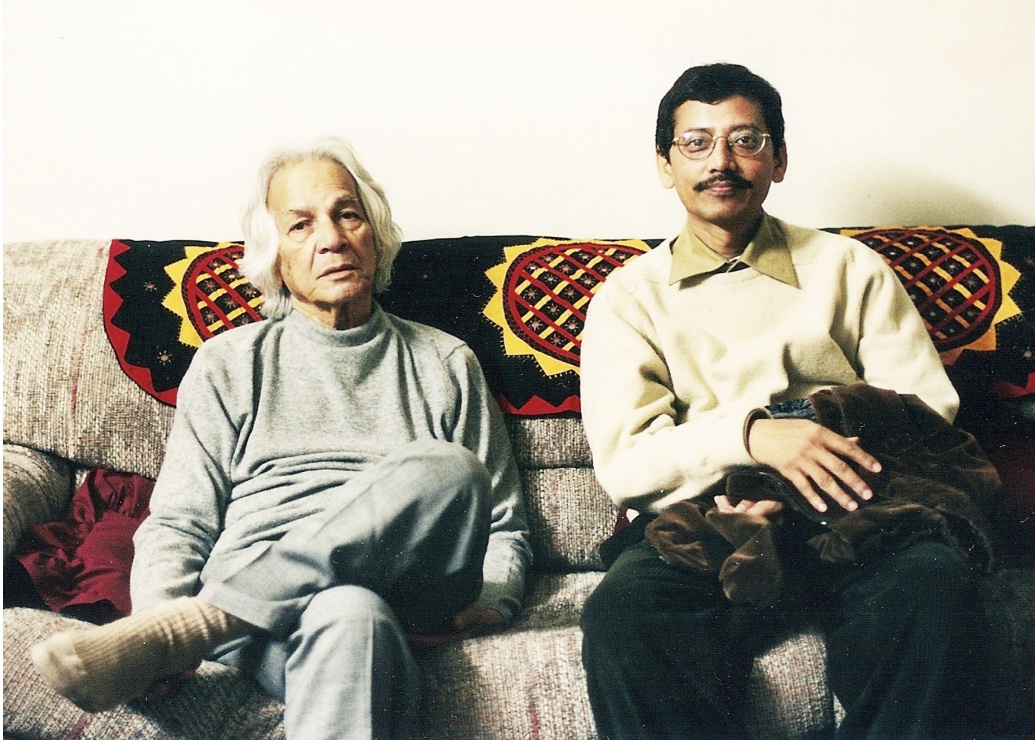 Guha wrote his last poem UG Krishnamurti Laho Pranam (UG Krishnamurti, My Oblation to you) around the year 2002. In April 2019 when we were in the middle of a nation-wide lockdown and stuck in Kolkata, one day he asked me to see if his poem could be made into a song. He told me that he had showed this poem to many of his Bengali musician friends over the years, and although everybody agreed that it should be turned into a song, no one could compose the music for it. I can sing but I had never composed any music in my life. I didn’t think I had the talent for it. Guha asked me to sing some Hindustani classical Ragas so that he could pick the one that would suit the mood of the poem. A Raga is used to set up a specific melodic framework for a song. I started with his favorite Yaman, then moved to Bhairavi and then to Bhairav. The moment he heard the deep and majestic notes of Bhairav, he said, “This is the one! Now, can you try and set the tune using Bhairav? Let’s go one para at a time.” I started humming the notes of the raga and the tune started forming in my head almost immediately. As I sang the lines trying to sync them with the tune in my head, the song started taking shape quickly. Then I got the idea of composing the last part of the song in a fast-paced traditional kirtan style and Guha agreed to lend his voice to it! I was elated! With constant encouragement from Guha, finally the song got done! The cherry on top is the pranam mantra Guha wrote (he penned it in five mins right then) with which the song ends. My job done, we handed over the reins to our friend Venky, who is a tabla maestro, a singer and a professional music composer par excellence. Venky abandoned all his projects, worked day and night on this one and created a beautiful piece.